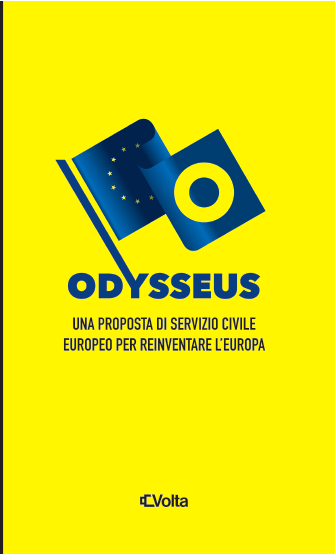 Odysseus is not yet another bureaucratic program. It’s an attempt to reinvent the European identity starting with the simplest of questions: what does Europe have to say to an 18 year old today?  And, most importantly, is it possible to leverage the energy of our new generations to re-boot the European project, considering that throughout the continent young people are among the main supporters of the recent eurosceptic movements?

At Volta we believe that Europe hasn’t tapped into the curiosity, the sense of adventure and the legitimate desire of the young to find their own place in the world. This is why we propose a voluntary European Civic Service designed for all of its 18-25 years olds, offering them a chance to experience a period that can last between six months and a year in a European country besides their own.

In order to imagine what the Odysseus experience could look and feel like, Volta has assembled an eclectic mix of people from the non–profit sector, academia, the media, business and politics: Anna Ascani is a young MP from the Democratic Party, that was recently included in the European 30 under 30 list by Forbes Magazine; Francesco Clementi is a professor of constitutional law at Perugia University; Luca De Biase is the editor of Nova, the innovation technology weekly of Il Sole 24 Ore; Filippo Gavazzeni is the founder of Milano Fuoriclasse, an NGO focused on reviving the civic sense of young people; Federico Sarica is the editor in chief of Studio Magazine and a founding member of Volta. This report is the result of their work and it will be followed by a European-wide consultation over the next few months.